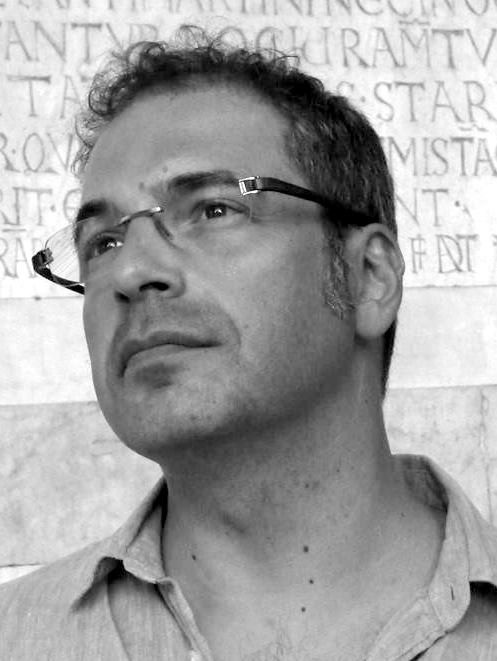 Vanni Cuoghi is a graduate of the Academy of Brera, Milan. He has participated in numerous biennials in Italy and abroad, including the St. Petersburg Biennale (2008), the Prague Biennale (2009), the 54th Venice Biennale, the Italian Pavilion (2011) the 56 Venice Biennale, Collateral Italia Docet (2015) and the Biennale Italy-China ( 2012) and has also participated in public exhibitions at the Royal Palace in Milan (2007), the Haidian Exhibition Center in Beijing, on the occasion of the XXXIX Olympic Games (2008), the Liu Haisu Museum in Shanghai (2008), the Museum of Contemporary Art in Permm, Russia ( 2010), the Castello Sforzesco in Milan (2012) Steam Factory in Milan (2015). His works have been exhibited in several Italian and international fairs such as Frieze (London), MiArt (Milan), Artefiera (Bologna), Scope (New York) Off (Brussels) Daegu Artfair ,(Korea) KIAF, Seoul (Korea), Bank (Hong Kong). In 2012, commissioned by Costa Crociere, he made eight large paintings for the ship Costa Fascinosa and in 2014 six for Costa Diadema. Since October 2015 he has held the chair of Painting at the Aldo Galli Academy in Como. Among the public solo exhibitions are in 2011 Novus Malleus Maleficarum, at St. Peter's in the Atrium and Pinacoteca of Palazzo Volpi in Como, in 2013, Aion at the Civic Museums Cremaschi in Crema, in 2016 From Heaven to Earth to the Jewish Museum of Bologna.

Figurative Art refers to the kind of painting that is simply the representation of the reality that surrounds us or that is supposed to represent the work in its historical context. Often, therefore, the figurative work has a descriptive meaning, of events that happened, or allegorical. Under the Soviet blockade, and partly in Italy, figurative art was very conditioned by ideological constraints as it had to be understood by the masses and aimed at celebrating the successes, usually presumed, of the elites who ruled those countries. In Italy, Renato Guttuso was distinguished as he was able to develop a new language that resulted in works such as La Vucciria and Caffè Greco. Foreign artists include Francis Bacon, Graham Sutherland, Lucian Freud, Otto Dix, George Grosz and others with a very personal interpretation of the subjects and pictorial technique
Works
Saluti da Venezia (Greetings from Venice) 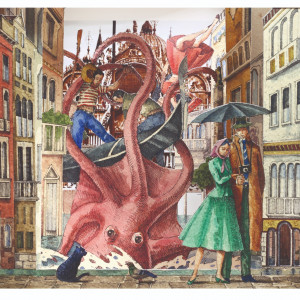 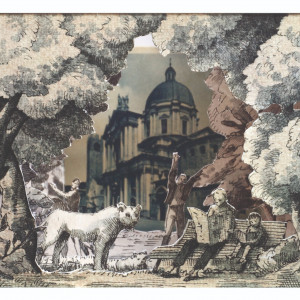 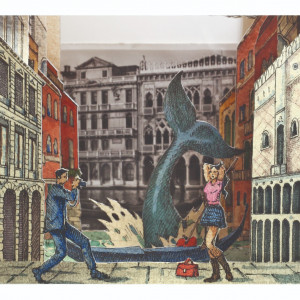 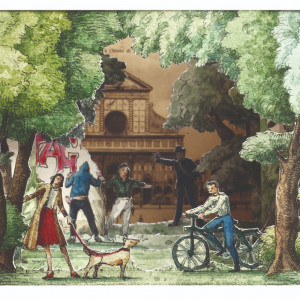 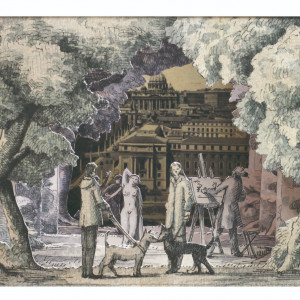