Bruno Ceccobelli was born in Montecastello di Vibio (Todi), on September 2, 1952.
In his training he met various masters, including Emma Cusani, an expert in theosophy, Francesco Albanese, a connoisseur of cabal and alchemy, and Donato Margotta, a street anthroposophist. He owes much to the artist Toti Scialoja, with whom he graduated from the Academy of Fine Arts in Rome: his famous scenography course teaches him the theory and practice of abstractionism. He loves and studies artists such as Malevich, Kandinsky, Klee, De Chirico, Brancusi, Beuys, Miró, Dalí, Tàpies, Magritte. He completes his eclectic youth training with the study of Eastern Zen and Taoist philosophies.
From the second half of the seventies he was part of the artists who settled in the former Cerere pasta factory, in Rome, in the San Lorenzo district, a group of creatives then known as "Nuova scuola romana" or "Scuola di San Lorenzo" or "Officina San Lorenzo". His research is initially conceptual, and then comes to a pictorial abstraction that arrives at a real spiritual symbolism.
In 1977 Bruno Ceccobelli inaugurated his first solo show in Rome in the Gallery Spazio Alternativo, (with works from 1971 to 1975) and in the same year he participated in two solo shows at La Stanza, an independent space self-managed by artists.
In 1979 he exhibited at the Festival of Italian Culture in Belgrade and at group exhibitions in France, Germany and Croatia. The following year he participated in the Biennale de Jeunes in Paris and, subsequently, exhibited at the Ugo Ferranti Gallery in Rome (1981), by Yvon Lambert in Paris (1981) and by Salvatore Ala in New York (1983).
In 1984 the critic Achille Bonito Oliva curated the exhibition "Ateliers", in which the artists of the former Cerere pasta factory opened their studios to the public. In the same year and, two years later, in 1986 Ceccobelli was invited to the Venice Biennale, respectively in the section "Aperto '84" and "Art and alchemy" '86.
In 1985 he was in New York with Gian Enzo Sperone Westwater; 1988 saw him engaged in a triple exhibition in New York at the Jack Shainman Gallery, in Rome at the Ausoni Culture Center and in Madrid, at the Mar Estrada gallery; in the same year he presented 777 small works at the Caffè Florian in Venice.
The following year he was invited to Paris (Yvon Lambert), London (Mayor Rowan gallery) and Barcelona (by Thomas Carstens). In the early nineties he held numerous solo exhibitions in Germany and Austria, as well as, in 1993, at the Museum Centre Saydie Bronfman in Montreal and at the Gallery of Modern Art in Rimini.
In 1994 he was invited to hold an artistic training course in Senegal in Dakar, at the Ecole Nationale des Beux-Artes.
In 1996 he participated in the Quadriennale in Rome and in 1999 Arturo Schwarz presented the exhibition "Trascorsi d'asfalto", at the Galleria Guastalla Arte moderna e contemporanea in Livorno. In the same year he exhibited in Bilbao by Luis Borgus and, on the occasion of the Jubilee, he created the portals in corten iron and bronze of the Cathedral of Terni.
In 2003 he published the volume "Color Bellezza", which collects his prophetic and aesthetic writings on a society still to come. He holds the important solo exhibition "Classico Eclettico", at the Archaeological Museum of Villa Adriana in Tivoli.
In 2004 he created in Gibellina the mosaic "Eternity is true medicine" and the following year, at the Guastalla gallery in Livorno, he presented the exhibition "Great works 1989-2005". In the same year he published the volume "Tempo senza tempo della pittura", a collection of parallel biographies on the art of yesterday and that of today.
In 2005 he was appointed Director of the Academy of Fine Art "Pietro Vannucci" in Perugia, a position he held for a year.
Among the most recent exhibitions are the Roman installations: "Longa marcia post-temporale", in 2007 by Volume!; "Invasi", held in 2008 at the Fondazione Pastificio Cerere; "Atti unici", at the Attico gallery by Fabio Sargentini, and the evocative "Natalis in Urbe", inside the church of Santa Maria sopra Minerva, both from 2009.
The most important event of 2009, however, is the retrospective dedicated to the Officina San Lorenzo dal Mart in Rovereto, in which the experience of one of the most fruitful artistic associations of the Italian twentieth century has finally been historicized.
In 2010 he participated in the retrospective "San Lorenzo: Limen, the threshold of art", set up in Rome by A. Bonito Oliva, and in the XVI Biennial of contemporary sacred art, organized in Isola del Gran Sasso by the Staurós Foundation. The most important event, however, is the exhibition "In carta sogni. Opere su carta 1980-2010", curated by R. Rodriguez at the Museo delle Genti d'Abruzzo in Pescara, which for the first time collects and historicizes the main graphic works of Ceccobelli.
Among the numerous exhibitions of 2011, we point out the solo show "Schöne Träume" in Rovereto, in which the artist tries to capture the beauty of dreams imprinted on pillowcases. To remember are also "Great works ... grandi", at the Marconi Foundation in Milan and participation in the Italian Pavilion, Lazio Region, at the Venice Biennale.
2012 opens with the solo show "Eroi d'Eros", in Catania, curated by D. Crippa, which collects 101 erotic drawings, then exported to the Museum of Modern Art in Buenos Aires in 2013. Also noteworthy is "Anthology in small formats 1984/2012" at the Palazzo Buonaccorsi in Macerata.
Among the group exhibitions is the one at the Galerie Placido XII Seicle in Paris, which sees Ceccobelli as the protagonist alongside his colleagues Dessì, Nunzio, Gallo, Pizzi Cannella and "Gli anni 70' - Arte a Roma" curated by Daniela Lancioni and presented at the Palazzo delle esposizioni in Rome. Ceccobelli currently lives and works in Todi.

Conceptual Art sets out to overcome painting-painting in favor of idea-painting or conceptual painting. In other words, in Conceptual Art it is more important the gestation of the work and the programming of its execution. It is therefore an art thought, reasoned rather than felt. Execution becomes a fact of pure assembly of objects that form the work. Of course the visual aspect does not disappear completely as traces of painting are often found among the authors, but they are traces of painting put in a certain order that springs from the artist's thought. A precursor of Conceptual Art is considered Marchel Duchamp with his famous "urinal". At moment among the great artists of Conceptual Art we put Emilio Isgrò with yours Erasion. Tags: Conceptual Art - Emilio Isgrò - Erasion
Works
Equità 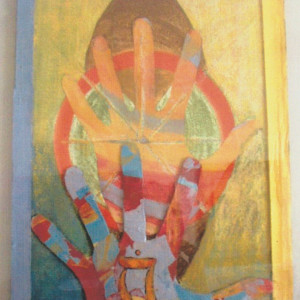 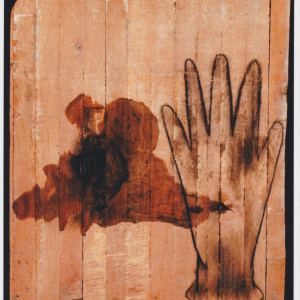