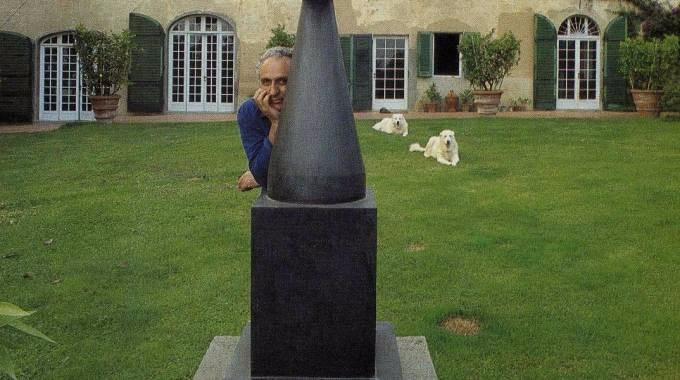 Arturo Carmassi was born in Lucca in 1925 and in 1930 he followed his family to Turin where he studied at the Albertina Academy and worked until 1952. After traveling in Europe and working for some time in Paris, he moved to Milan where he forged relationships with Gino Ghiringhelli, owner of the gallery "Il Milione" who became his merchant. The following year his works were established in important exhibitions abroad: at the Brooklyn Museum in New York, at the Biennial of Sculpture in Antwerp and at the "Junge Italianischen Plastik" in Darmstadt and Dusseldorf. In the mid-fifties Carmassi developed a strong interest in sculpture and in the decade from '55 to '65 his activity as a sculptor took on more and more space, so much so that he settled in Liguria, in Bocca di Magra, where he set up a large sculpture studio giving life to large works, which three years later will see him protagonist with a personal room at the Venice Biennale. In '66 Carmassi made a trip to Brittany and then retired to the Tuscan countryside, in Torre di Fucecchio, between Florence, Pisa and Lucca. Since the second half of the 70s, he has dedicated himself mainly to lithography and chacography and he is called to exhibit and attend cultural meetings in museums and institutions in Europe and the United States. Since the 50s he has participated in numerous solo and group exhibitions, including: "I Premio Nazionale di Pittura 'Golfo di La Spezia'" (1950); "Biennale Internazionale d'Arte" in Venice (1952; '54); Museums of Modern Art in Paris, Brussels, Rome and Spain (1955); Carnegie Institute, Pittsburg (1956); Brooklyn Museum, New York (1957); "Junge Italianischen Plastik", Darmstadt and Düsseldorf (1958); "Biennale" in Amsterdam (1958); Illinois Institute of Technology, Chicago (1960); Johannesburg (1960); "The New Generation in Italian Art", Dallas, San Francisco, New York (1960); Palazzo dei Diamanti and Castello Estense, Ferrara (1962); "Triennale Internationale de Gravure sur Bois", Germany, Switzerland, Brazil (1975-'76; '79); National Museum of Modern Art, Tokyo and Kyoto (1976); "Museo Immaginario di Carmassi", French Academy, Rome (1986); Galleria Il Ponte, Florence (solo exhibition, 1992; '94); Palazzo Primavera, Terni (2005); CAMEC, La Spezia (2008). He died in Fucecchio on 27 January 2015 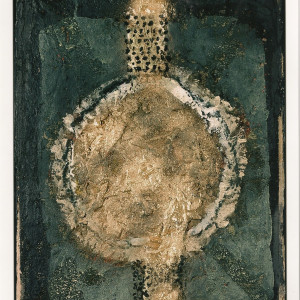