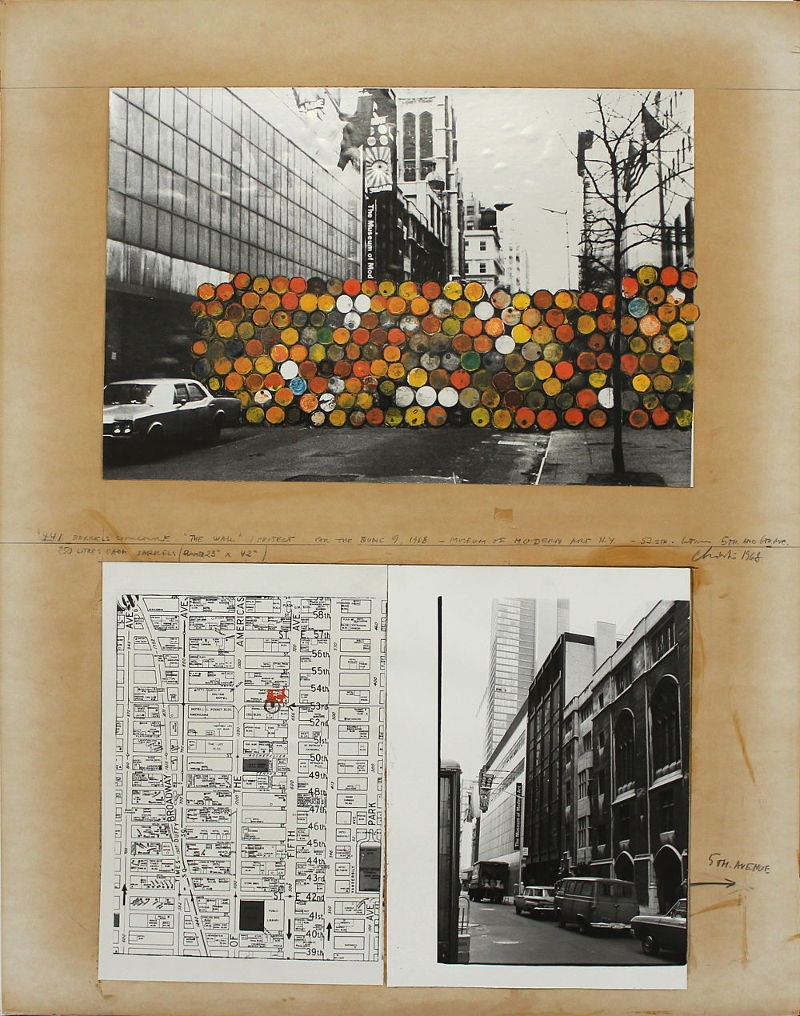 Recently we have published two remarkable works by Christo, one Mariani and one Simeti. Christo's two works are one the project of a wall of bins that was intended to block the road in front of the Museum of Modern Art in New York and the other the project of the trees cover in the Beyeler Foundation in Switzerland. The first project was not carried out due to the opposition of the city authorities; the work is remarkable because it is a project of 1968 and as complete because it includes photos, map and colored enamel drawing of the bins. The other instead was executed in 1997 and its charm lies in the extended coverage of the tree in the foreground and because it has no photographic report but it is all drawn in pastel. Mariani's work is a candid white with the folds of lead foil that simulate the drapery of certain clothes or curtains. The drapery is enhanced by the play of lights and shadows given by its folds. Similarly it can be said of the small Simeti, a single very pronounced white oval that throws a variable shadow in intensity and position depending on the intensity of the light and the time of day.

The works of Christo, Mariani and Simeti are for sale and visible on our site at the address www.galleriaincontro.it/en/artisti-opere by clicking on their respective names

In addition, the works of Christo, Mariani and Simeti are available in the gallery for their direct vision.