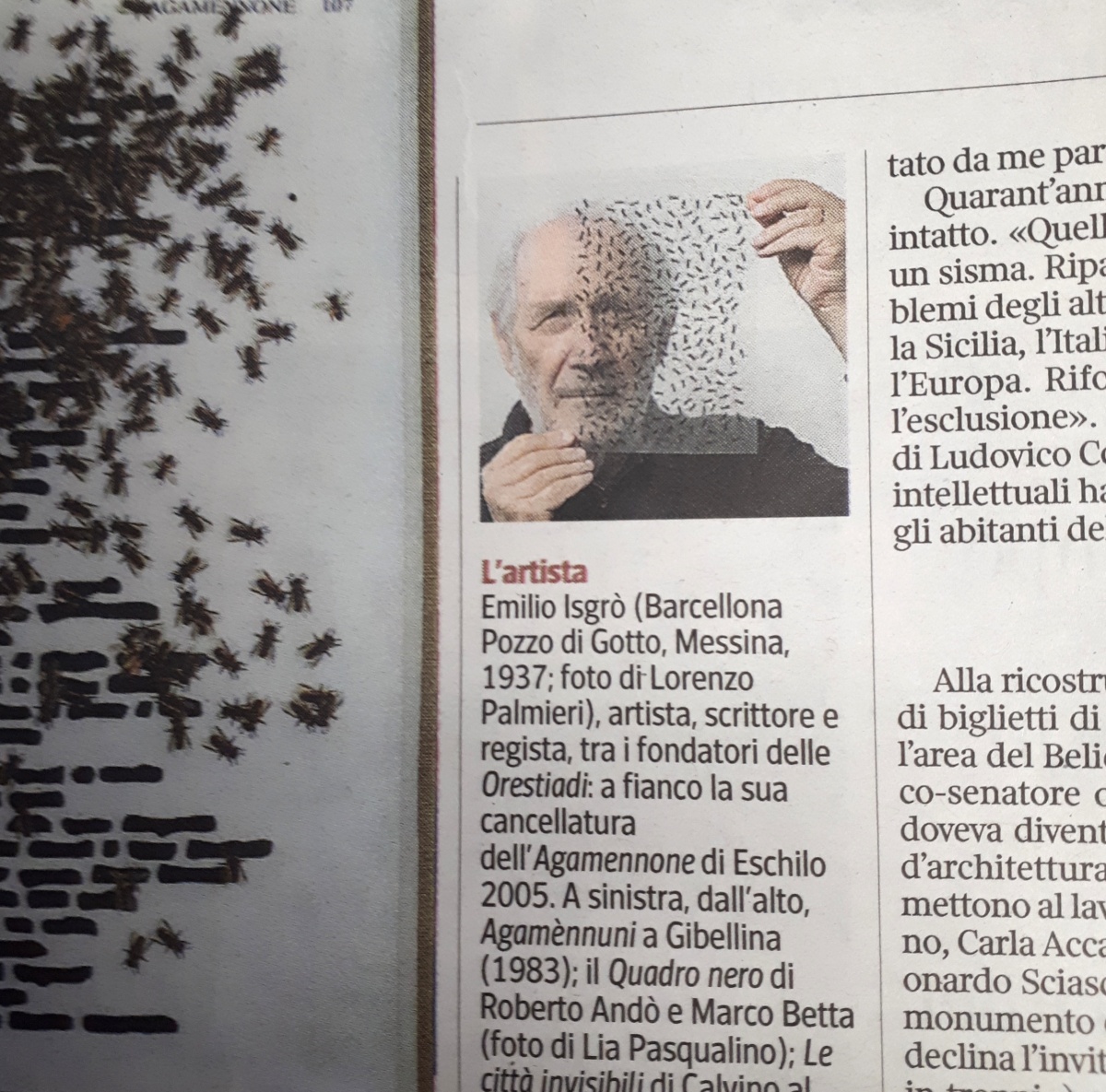 In these days the fortieth anniversary of the "Orestiadi of Gibellina" occurs. The cultural fact was the rewriting of Eschilo's "Orestea", linking the ancient drama with the everyday life of the town of Gibellina razed to the ground by the earthquake of 1968. To this task was called Emilio Isgrò who invented a trilogy in three years kneading Italian with the Sicilian dialect. Thus were born the Agamènnuni of 1982, the Cuèfuri and Villa Eumènidi in the following two years.  It was therefore the origin of the theater festival that still takes place every year.  Over the years the creator of this event, Ludovico Corrao mayor of Gibellina as well as senator of the Republic, has involved internationally renowned artists to link figurative art with literature. Then collaborated artists of the caliber of Arnaldo Pomodoro,Pietro Consagra, Carla Accardi, Mimmo Paladino, Franco Angeli, Mario Schifano and others, while Burri invented the "Grande cretto" consisting of the compaction of the rubble tied by concrete and painted white and where the ancient streets of the village act as wrinkles of the cretto.

Works by Emilio Isgrò and Arnaldo Pomodoro for sale are visible on our website www.galleriaincontro.it/it/artisti-opere by clicking on their respective names