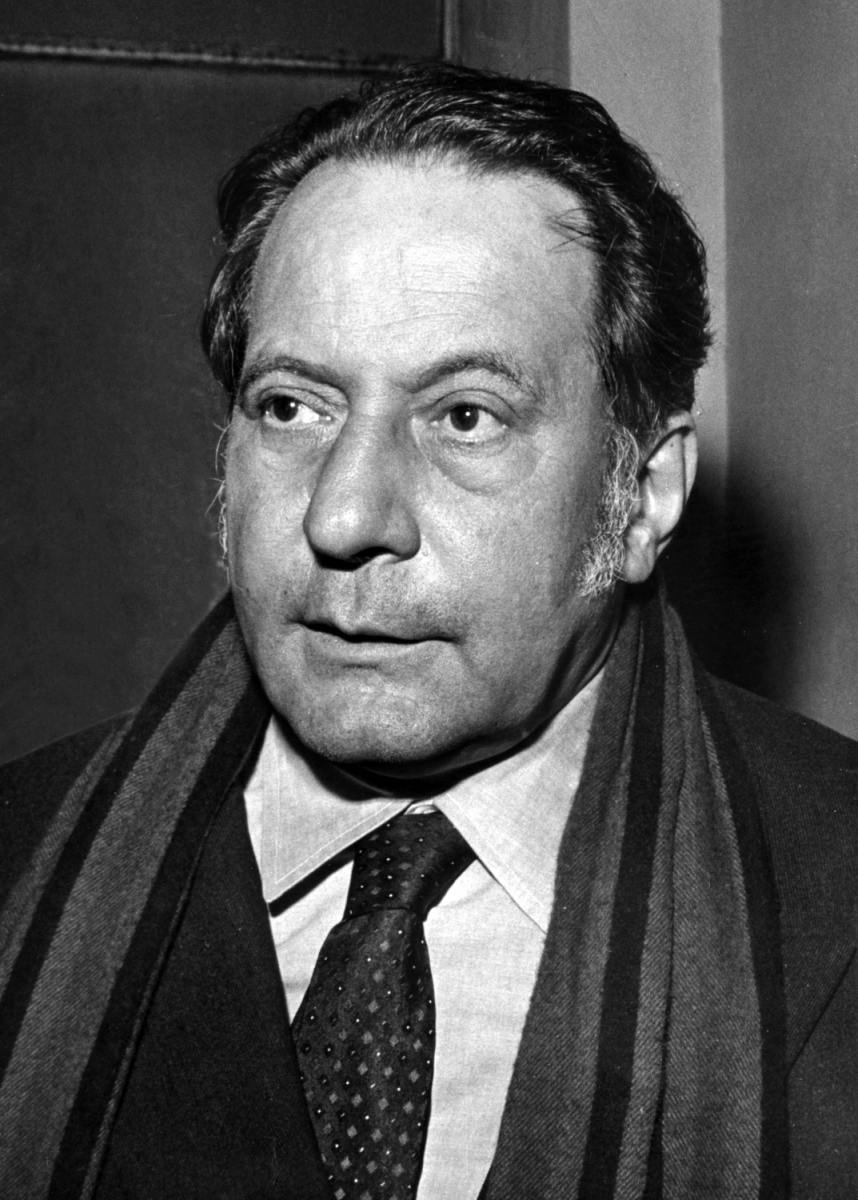 Born in Milan on June 7, 1910, Pietro Annigoni moved with his family to Florence in 1925. Here he studied at the College of the Scolopi Fathers and in 1927 he began attending the Free School of Nude of the Academy of Fine Arts, with teachers such as Felice Carena for painting, Giuseppe Graziosi for sculpture, Celestine Celestini for graphics.
With an autonomous disposition, Annigoni lives between Milan, where the family soon returned to reside, and Florence, where he is linked to cultural personalities such as the scholar Renzo Simi, the Pistoia painter and sculptor Mario Parri, the historian Carlo Francovich, the Trentino art scholar Niccolò Rasmo.
It is in this climate of fervent intellectuality that he defines his own interests and orients his taste, showing himself early able to participate in the debate on art while remaining foreign to movements or currents, so much so that he soon gained a reputation as a character outside the canons. After the success of the public obtained with a personal in Milan in 1936, Annigoni creates his first important decorative fresco cycle in the convent of San Marco, depicting a Deposition permeated by dramatic expressionist tensions, which well interpret the search for an arduous balance between modernity and tradition. From then on religious painting will be, together with portraiture and engraving, one of the main themes of his pictorial production, with a marked melancholy vein.
Married to Anna Maggini in 1937, with whom he had two children, Benedetto and Ricciarda, Annigoni from 1949 onwards will exhibit continuously and successfully abroad, in particular in London, where in 1955 he performed the Portrait of Queen Elizabeth II, an emblematic work of the role of which he is now a favorite interpreter in an elite society that sees in him the worthy heir of an ancient tradition and who willingly proposes himself as a client according to the example of the great patrons of the past (among many stand out illustrious figures such as the Duke of Edinburgh and Princess Margaret of England, but also Margot Fonteyn, John Fitzgerald Kennedy, Pope John XXIII).
Between 1958 and 1980 Annigoni was engaged in the realization of important decorative cycles of sacred theme (among others those for the church of San Martino in Castagno d'Andrea, for the sanctuary of Our Lady of Good Advice in Ponte Buggianese, for the Major Church of the Abbey of Montecassino and for the Basilica of St. Anthony in Padua), but also for secular subjects (L'Arcadia for the Sala del Pontormo in Wethersfield House Amenia, New York).
After the painful death of his first wife in 1969, Annigoni's life was rated by the meeting with his second young partner and model, Rossella Segreto, whom he married in 1976. Surrounded by a handful of Italian and foreign students, Annigoni painted until he died in Florence on October 28, 1988.

Figurative Art refers to the kind of painting that is simply the representation of the reality that surrounds us or that is supposed to represent the work in its historical context. Often, therefore, the figurative work has a descriptive meaning, of events that happened, or allegorical. Under the Soviet blockade, and partly in Italy, figurative art was very conditioned by ideological constraints as it had to be understood by the masses and aimed at celebrating the successes, usually presumed, of the elites who ruled those countries. In Italy, Renato Guttuso was distinguished as he was able to develop a new language that resulted in works such as La Vucciria and Caffè Greco. Foreign artists include Francis Bacon, Graham Sutherland, Lucian Freud, Otto Dix, George Grosz and others with a very personal interpretation of the subjects and pictorial technique

April 2017. After the glories of the 70s and 80s, figurative art has suffered a significant decrease in prices from which even Annigoni has not escaped. This trend has depended and depends on the evolution of the collector's taste and the opening of art to the global market in which the Italian figurative has not managed, at the moment, to fit in. However, there is no lack of good results in the collecting of emerging countries