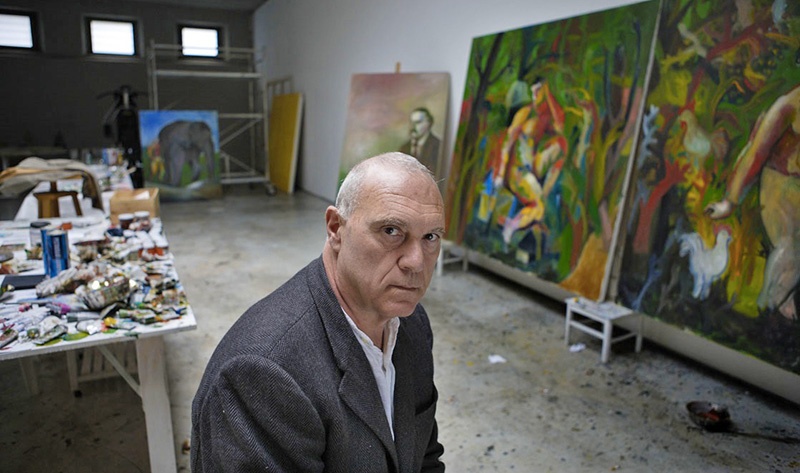 Sandro Chia, artist of the trans-avant-garde current was born in Florence in 1946. He studied at the Art Institute and then at the Academy of Fine Arts in Florence where he graduated in 1969. After graduating, Sandro Chia devoted himself to travel, India, Turkey and all of Europe before settling in Rome in 1970. During the 1970s he began to exhibit in Rome and Europe, gradually moving away from conceptual works towards a more figurative style of painting. Between September 1980 and August 1981 he received a scholarship from the city of Monchengladbach in Germany where he moved to work for a year. The following year he moved to New York, where he remained for over two decades; with frequent trips back to Montalcino, near Siena in Italy. He was part of the Italian movement "Transavanguardia", exhibits in many of the most important museums and galleries in the world. Sandro Chia exhibits at the Paris and São Paulo Biennales and three times at the Venice Biennale. Important are also the exhibitions all over the world, at the Stedelijk Museum in Amsterdam (1983), at the Metropolitan Museum in New York (1984), at the National Gallery in Berlin (1984, 1992), at the Museum of Modern Art in Paris (1984); the museums of Dusseldorf (1984), Antwerp (1989), Mexico City (1989), Palazzo Medici Riccardi in Florence (1991), the Museums of Karlsruhe (1992), Palm Springs (1993), Villa Medici in Rome (1995); Palazzo Reale in Milan (1997), the Boca Raton Museum of Art, Florida (1997), the Galleria Civica di Siena (1997), the Galleria Civica di Trento (2000), the Museo d'Arte di Ravenna (2000), Palazzo Pitti and the Museo Archeologico Nazionale di Firenze (2002), and more recently the Duomo di S. Agostino in Pietrasanta (2005) and Galleria Nazionale di Arte Moderna di Roma (GNAM) (2010). Today he lives between Miami, Rome and the Castello Romitorio in Montalcino, where he also follows the production of prestigious wines.

Transavanguardia is an artistic movement, exclusively Italian, founded in the late 1970s by the critic Achille Bonito Oliva. The Trans-Avant-garde aims to overcome the Conceptual Art, which was all the rage until then, for a return to painting in its traditional canons, canvas, brush and colors. The purpose of the Trans-Avant-garde is to rediscover painting, and in particular figurative painting, taking it from the oblivion to which the artistic avant-garde had condemned it. The artists who belong to this movement are only five: Sandro Chia, Mimmo Paladino, Enzo Cucchi, Nicola De Maria, Francesco Clemente
Works
senza titolo chia 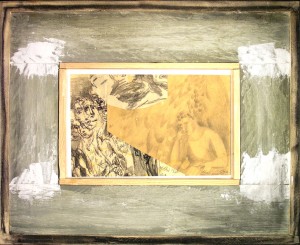